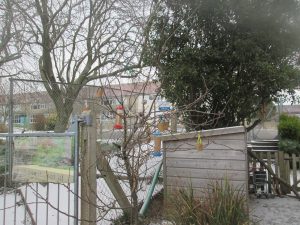 To look after the birds in the cold weather, the children made bird feeders and we watched the robin come down for his breakfast. 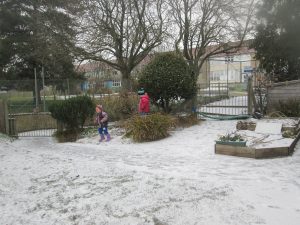 The children were able to go out and explore the snow – making footprints and playing follow the leader around the garden. 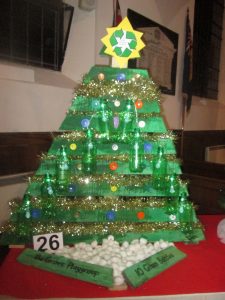 A small group went to Church to have a look at the festival and the children had tea and cake with the Vicar. 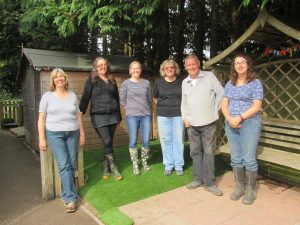 We had some new play spaces created in the garden by DCC Sufficiency and Funding Team who chose The Grove for their volunteer day. Their hard work meant the garden has been extended with two astro turf areas which have added to the children’s outdoor opportunities. Thank you to the team. 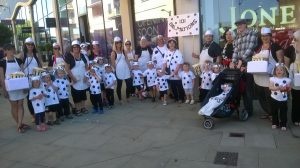 We entered as 101 Dalmatians … and won the cup.
Well done to parents and children who took part in this Community event. 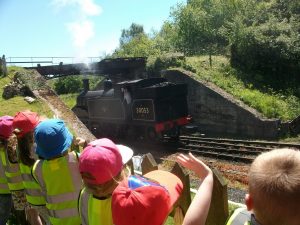 As a special treat we are taking all our leavers to The Swanage Railway for a train ride and a seaside picnic. 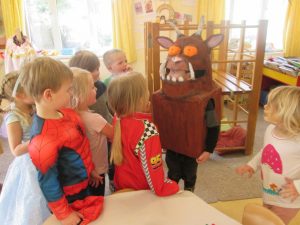 The children had fun dressing up. The Gruffalo came to visit … and was greeted by Spiderman and friends. 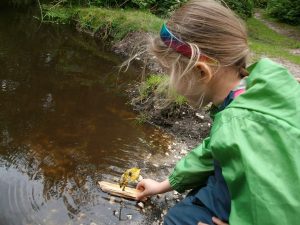 A lovely sentiment to end the sessions. 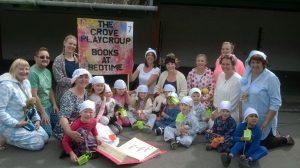 We had fun – wearing our pyjamas and joining in the Carnival. The children enjoyed the community event, waving to “lots and lots of people” as they walked around the town. 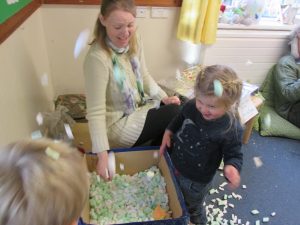 Putting the fun into Fund raising. Thank you to everyone who supported the event we made £150. 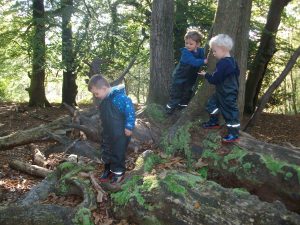 The first sessions focus on staying safe while exploring the natural environment, but still allow the children the independence of having shared experiences with friends. 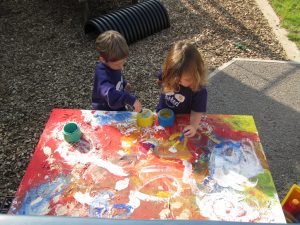 September 2015 and Elmer the Elephant

Using the story of Elmer the Elephant, the children painted colourful patterns on a canvas to create a large picture of Elmer for the Playroom. 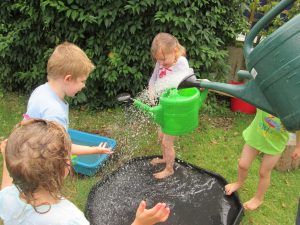 July 2015 has been such a hot summer and the best way to cool down was with water! 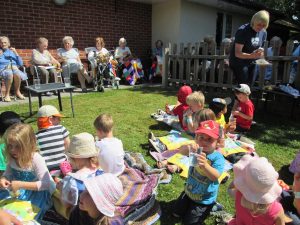 We have strong links with Maiden Castle House residential home. In June we took a group to sing songs, meet residents and have a teddy bear themed picnic. It is a favourite way for us to be part of the wider community. 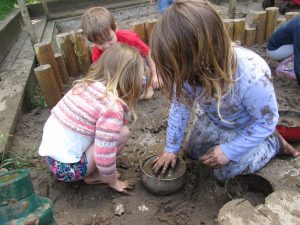 In contrast to the Carnival, on 26th June 2015, we celebrated International Mud Day (a real event) in true Grove style!